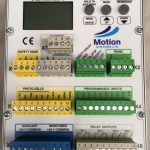 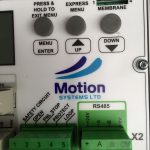 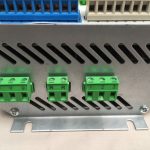 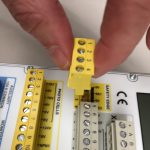 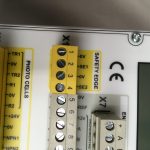 The Speed commander has been developed over the last 10 years and provides the ultimate in speed and position control. Due to its versatility it has been used for many applications such as,

However it is in its application for High speed Industrial doors that the Speed commander is most widely used. The MS inverter control panel provides integrated speed and operation control. The panel provides speed adjustment and control as well as monitoring external inputs.

The Speed commander has a comprehensive range of more than 50 control parameters which allow the manufacturer and installer to obtain optimum performance of the door or gate. The parameters allow the opening and closing speeds to be set as well as many other features. Critical parameters which are central to the operation of the door can be pre-set.
Features such as cooling fans or providing a signal to heat the motor for freezer applications can be programmed into the control.
The parameters are controlled by means of codes allowing the manufacturer, installer and end user different levels of access to alter the way in which the door functions. The end user is only able to access certain parameters such as the Auto close time and the display setting. Setting the parameters is done using the buttons mounted on the front of the inverter without the need for external programming devices. The door control can be delivered with different values than the factory default settings.
We can preset the inverter for your unique application

Safety monitoring functions
The control complies with BS EN 12453 and monitors the safety edge inputs in accordance with BS EN 12978.
Conductive (8K2) and Opto safety edges can be integrated with the Speed commander.
Additional safety features such as safety beams can also be connected to the control panel.
Motor torque, speed and run time are also monitored.

Positional control.
The speed commander is designed to work with different types of positional signals such as conventional end of travel limit switches, encoders and absolute resistor. The microprocessor compares the position during the operation cycle of the door with a virtual cycle generated by the program. Faults such as the door being obstructed can be detected quickly preventing damage.

Speed control
The Speed commander has four programmable speeds, and four programmable ramp speeds providing optimum control. The control allows the doors to be accelerated smoothly, opened quickly and closed in a smooth slower speed, utilising the integral inverter control.
Software.
The speed commander is future proofed and due to the unique way that software can be loaded. This enables new solutions and applications to be made with off the shelf or in situ control panels.